Do and Don’t project is a series of urban interventions that me and my cousin and dear friend, Amirali Garousian have conducted in 2012 and 2013 in Tehran. In this series, we are working with the idea of using slogans to tell people what to do and what not to do (like a traffic sign), while we are trying to choose short and simple messages to express the current concerns within the society. The aim is to calm down the crowd with direct and soothing orders and sometimes unifying messages. In the first attempt, which has happened in Tehran during my visit in May 2012 (after I left Iran in 2011), we chose a slogan saying: Don’t worry. It is regarded as the economic and political situation of Iran at that time. I should mention that this sign has been stuck on the original sign of STOP on the roads in three different locations in Tehran at night time. During the second attempt next year, we raised another message saying "be human" (or be more humane). 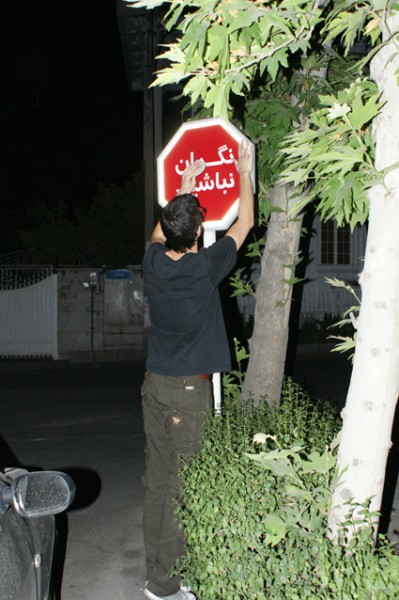 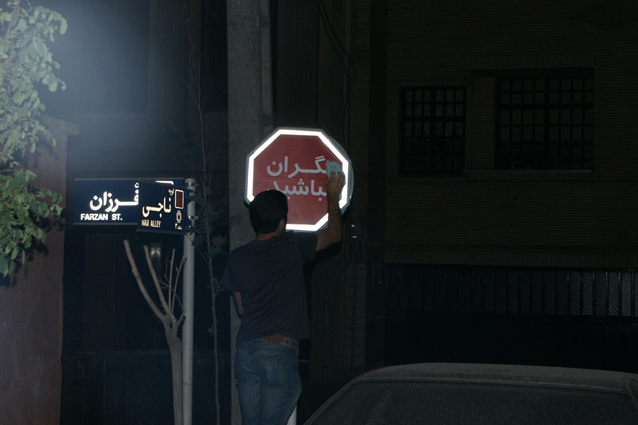 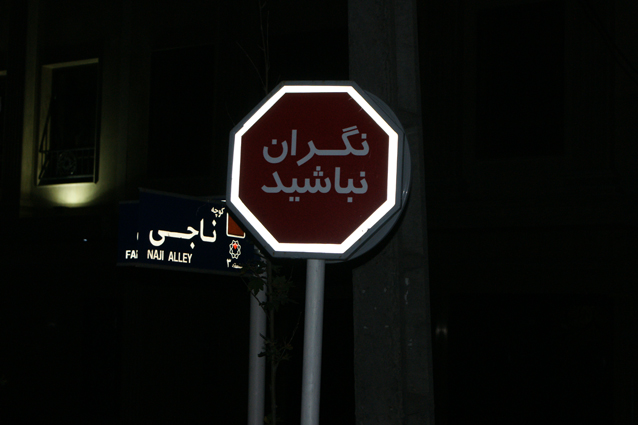 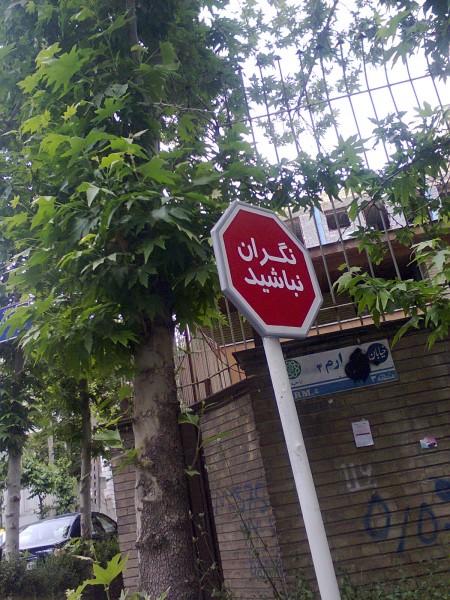 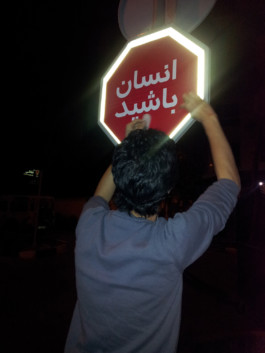 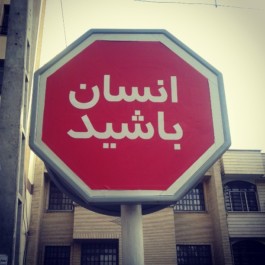