SELL ME A JOKE

Aiming at public intervention with regards to humor and economy as a tool to trade humanity, in the first effort in Arnhem Central Station on February 2012, I tried to buy some jokes from people at the station for 20 cents each. I called people for conversation and asked them if they had any joke to sell to me.

After my first attempt at this project, I decided to continue this project from a different angle. This time instead of approaching people for asking for jokes, I appeared in Utrecht central station on March 2012 with a box with me saying “Will pay you 20 cents for listening to each joke”. 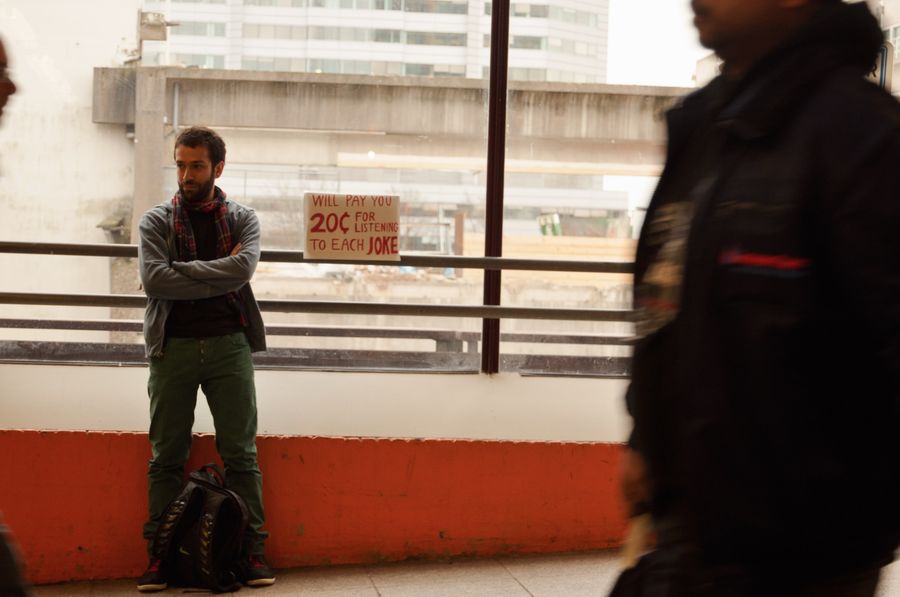 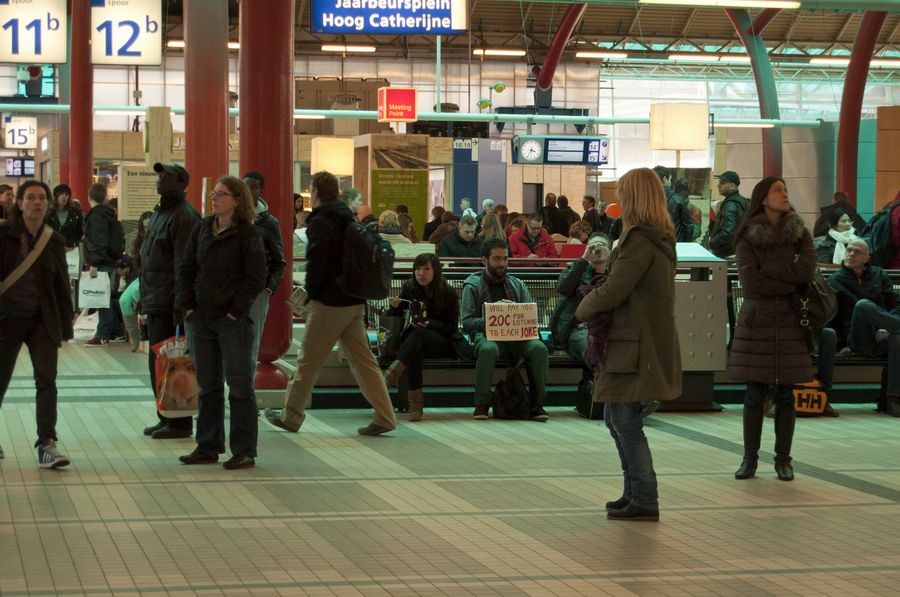